Drug Discovery and Development Approach
Introduction
Discovering and bringing one new drug to the public typically costs
a pharmaceutical or biotechnology company from $800 million to
more than $1 billion and takes an average of 10 to 15 years. The drug
discovery and development process is designed to ensure that only
those pharmaceutical products that are both safe and effective are
brought to market. SCG provides a broad array of drug discovery and
development services and products to pharmaceutical, biotechnology
and medical device companies to expedite drug development, from
drug discovery through clinical studies and post-approval support.
How are new drugs discovered?
New drugs begin in the laboratory with scientists, including chemists and pharmacologists, who identify cellular and genetic factors that play a role in specific diseases. They search for chemical and biological substances that target these biological markers and are likely to have drug-like effects. Out of every 5,000 new compounds identified during the discovery process, approximately five are considered safe for testing in human volunteers after preclinical evaluations. After three to six years of further clinical testing in patients, only one of these compounds on average is ultimately approved as a marketed drug for treatment. The following sequence of research activities begins the process that results in development of new medicines:
Target Identification. Drugs usually act on either cellular or genetic chemicals in the body, known as targets, which are believed to be associated with disease. Scientists use a variety of techniques to identify and isolate individual targets to learn more about their functions and how they influence disease. Compounds are then identified that have various interactions with the drug targets that might be helpful in treatment of a specific disease.
Target Prioritization/Validation. To select targets most likely to be useful in the development of new treatments for disease, researchers analyze and compare each drug target to others based on their association with a specific disease and their ability to regulate biological and chemical compounds in the body. Tests are conducted to confirm that interactions with the drug target are associated with a desired change in the behavior of diseased cells. Research scientists can then identify compounds that have an effect on the target selected.
Lead Identification. A lead compound or substance is one that is believed to have potential to treat disease. Laboratory scientists can compare known substances with new compounds to determine their likelihood of success. Leads are sometimes developed as collections, or libraries, of individual molecules that possess properties needed in a new drug. Testing is then done on each of these molecules to confirm its effect on the drug target.
Lead Optimization. Lead optimization compares the properties of various lead compounds and provides information to help biopharmaceutical companies select the compound or compounds with the greatest potential to be developed into safe and effective medicines. Often during this same stage of development, lead prioritization studies are conducted in living organisms (in vivo) and in cells in the test tube (in vitro) to compare various lead compounds and how they are metabolized and affect the body.
What is required before an investigational drug can be tested in human volunteers?
In the preclinical stage of drug development, an investigational drug must be tested extensively in the laboratory to ensure it will be safe to administer to humans. Testing at this stage can take from one to five years and must provide information about the pharmaceutical composition of the drug, its safety, how the drug will be formulated and manufactured, and how it will be administered to the first human subjects.
Preclinical Technology. During the preclinical development of a drug, laboratory tests document the effect of the investigational drug in living organisms (in vivo) and in cells in the test tube (in vitro).
Chemistry Manufacturing and Controls (CMC)/Pharmaceutics. The results of preclinical testing are used by experts in pharmaceutical methods to determine how to best formulate the drug for its intended clinical use. For example, a drug that is intended to act on the sinuses may be formulated as a time-release capsule or as a nasal spray. Regulatory agencies require testing that documents the characteristics -- chemical composition, purity, quality and potency -- of the drug's active ingredient and of the formulated drug.
Pharmacology/Toxicology. Pharmacological testing determines effects of the candidate drug on the body. Toxicology studies are conducted to identify potential risks to humans.
Results of all testing must be provided to the FDA in the United States and/or other appropriate regulatory agencies in order to obtain permission to begin clinical testing in humans. Regulatory agencies review the specific tests and documentation that are required to proceed to the next stage of development.
How are investigational drugs tested in humans?
Testing of an investigational new drug begins with submission of information about the drug and application for permission to begin administration to healthy volunteers or patients.
Investigational New Drug (IND)/Clinical Trial Exception (CTX)/Clinical Trial Authorization (CTA) Applications.
INDs (in the U.S.), CTXs (in the U.K.) and CTAs (in Australia) are examples of requests submitted to appropriate regulatory authorities for permission to conduct investigational research. This research can include testing of a new dosage form or new use of a drug already approved to be marketed.
In addition to obtaining permission from appropriate regulatory authorities, an institutional or independent review board (IRB) or ethical advisory board must approve the protocol for testing as well as the informed consent documents that volunteers sign prior to participating in a clinical study. An IRB is an independent committee of physicians, community advocates and others that ensures a clinical trial is ethical and the rights of study participants are protected.
Clinical testing is usually described as consisting of Phase I, Phase II and Phase III clinical studies. In each successive phase, increasing numbers of patients are tested.
•

Phase I Clinical Studies. Phase I studies are designed to verify safety and tolerability of the candidate drug in humans and typically take six to nine months. These are the first studies conducted in humans. A small number of subjects, usually from 20 to 100 healthy volunteers, take the investigational drug for short periods of time. Testing includes observation and careful documentation of how the drug acts in the body -- how it is absorbed, distributed, metabolized and excreted.
•

Phase III Clinical Studies. Phase III studies provide expanded testing of effectiveness and safety of an investigational drug, usually in randomized and blinded clinical trials. Depending upon the type of drug candidate and the condition it treats, this phase usually requires one to four years of testing. In Phase III, safety and efficacy testing is conducted with several hundred to thousands of volunteer patients suffering from the condition the investigational drug treats.
New Drug Application (NDA)/Marketing Authorization Application (MAA)
NDAs (in the U.S.) and MAAs (in the U.K.) are examples of applications to market a new drug. Such applications document safety and efficacy of the investigational drug and contain all the information collected during the drug development process. At the conclusion of successful preclinical and clinical testing, this series of documents is submitted to the FDA in the U.S. or to the applicable regulatory authorities in other countries. The application must present substantial evidence that the drug will have the effect it is represented to have when people use it or under the conditions for which it is prescribed, recommended or suggested in the labeling. Obtaining approval to market a new drug frequently takes between six months and two years.
Does testing continue after a new drug is approved?
After the FDA (or other regulatory agency for drugs marketed outside the U.S.) approves a new drug, pharmaceutical companies may conduct additional studies, including Phase IIIb and Phase IV studies. Late-stage drug development studies of approved, marketed drugs may continue for several months to several years.
•

Phase IIIb/IV Studies. Phase IIIb trials, which often begin before approval, may supplement or complete earlier trials by providing additional safety data or they may test the approved drug for additional conditions for which it may prove useful. Phase IV studies expand testing of a proven drug to broader patient populations and compare the long-term effectiveness and/or cost of the drug to other marketed drugs available to treat the same condition.
•

Post-Approval Studies. Post-approval studies test a marketed drug in new age groups or patient types. Some studies focus on previously unknown side effects or related risk factors. As with all stages of drug development testing, the purpose is to ensure the safety and effectiveness of marketed drugs. 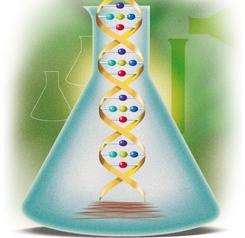